As police departments step into the 21st century, should they adopt the swanky web designs and branding campaigns of the private sector or stay within their humble, public service means?

The branding and website redesign of the Milwaukee Police Department in 2012 caused a frenzy in the design world. The parallax scrolling and HDR-styled photos are a complete juxtaposition alongside traditional police websites, which are typically poorly designed and outdated. While the design world applauded the website and its designers, many questioned the necessity of the swanky new look. Most detractors found fault with the inappropriate Hollywood-style glorification and normalization of the Police’s paramilitary nature, alongside general issues of usability. The comments section of the Fast Company Design website’s feature story provides an interesting insight into this debate. 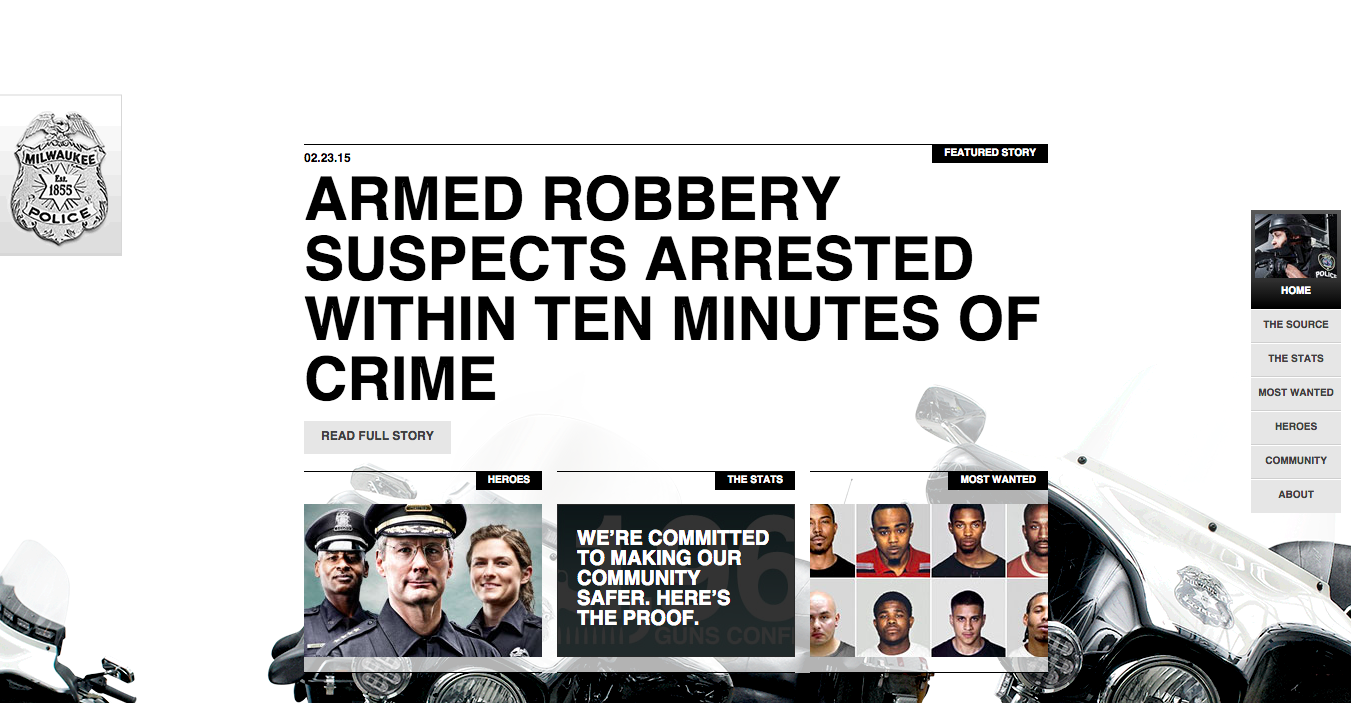 In light of the looming identity-crises facing many department’s, this debate is a relevant one. Yet amidst budget cuts and controversy over police tactics, the smart use of technology paired with a solid communication strategy can undoubtedly go a long way for front-line agencies. While to some the Milwaukee Police Department design might be a bit over the top, representing a distorted image of policing, few would disagree with the benefits of a functional and aesthetic website. Indeed, a smart web design, embedded in a broader communication strategy, can serve a variety of instrumental purposes. The Milwaukee Police website, for example, features a functionality called “The Source”- an up to date feed of all communication flowing from the Department’s Twitter and Facebook Pages. Acting as its official news platform, The Source serves as a feed for "genuine, unfiltered information" of police activity, correcting news stories that “got it wrong” and highlighting those “that got it right”.

At the end of the day, government agencies face constant criticism for being technology laggards. Initiatives like this prove otherwise. However, it is important to remember that the Police are public servants, and their end-users (the public) should be involved as much as possible in (re) design processes. Ultimately, well-designed public products and services require a collaborative effort, combining keen designers and consultants (ideally offering pro bono services), visionary police officers, and an enthusiastic, involved public.

The photos below show three other examples of well designed websites from different police departments around the world. 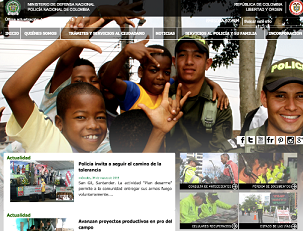 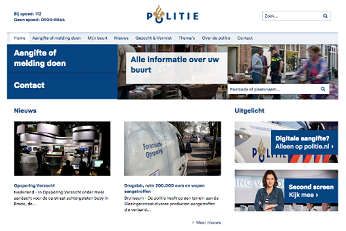 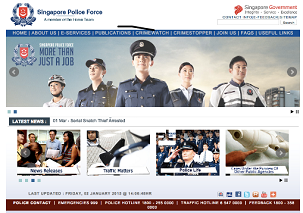