45 years ago, one of the most bloody and significant events during The Troubles took place. Last week, it became known that the soldiers of "Bloody Sunday" might face prosecution.

45 years ago, one of the most bloody and significant events during “The Troubles” took place. On January 30, 1972, a peaceful protest was held in Bogside area of the city of Londonderry (or Derry). People took to the streets to march against the practice of internment without trial by the British Army. British paratroopers shot and killed 14 civilians attending the protest march. Last week, it became known that the British Public Prosecution Service is considering to prosecute these soldiers, 45 years after “Bloody Sunday”.

Bloody Sunday became a watershed moment in The Troubles, the decades-long struggle between Nationalists or Republicans (mainly Catholics), and the Unionists or Loyalists (mainly Protestants) in Northern-Ireland. Tensions had already been rising in the early 1970s with, amongst others, the Irish Republican Army (IRA) becoming active again. However, it was only after Bloody Sunday that the IRA moved from being a fringe movement to one with substantial popular support. Edward Heath, British Prime Minister in 1972, years later told an inquiry commission that "[t]he tragic deaths in Londonderry on 30 January 1972 outraged the Catholic community, increased support for the IRA and destroyed the prospect of a political initiative." A brother of one of the victims memorised that “[t]here were queues to join the IRA after that day”.

The investigation into what happened on that fateful January day has long remained vague and lacked transparency. The Widgery Tribunal, held just after the attacks, concluded that the soldiers had been fired upon first before opening fire. It was called a “whitewash” by family of the victims and eyewitnesses present that day, who stated that none of those killed were armed. British Prime Minister Tony Blair responded to the criticism by allowing a new inquiry in 1988. The Lord Saville inquiry that followed took 22 years to complete. David Cameron, then British Prime Minister, responded by issuing a formal, state apology for the "unjustified and unjustifiable" killing of these 14 people. It was officially announced that all victims had been innocent and unarmed.

Walking around in the Bogside area today, there are many murals that remind the inhabitants of the events that took place 45 years ago. The Bloody Sunday memorial is located right in the centre of the neighbourhood, on the streets where the 14 citizens died years ago. It is not uncommon to see “IRA” chalked on walls together with logos of terrorist organisations such as Hezbollah or the Popular Front of the Liberation of Palestine (PFLP). 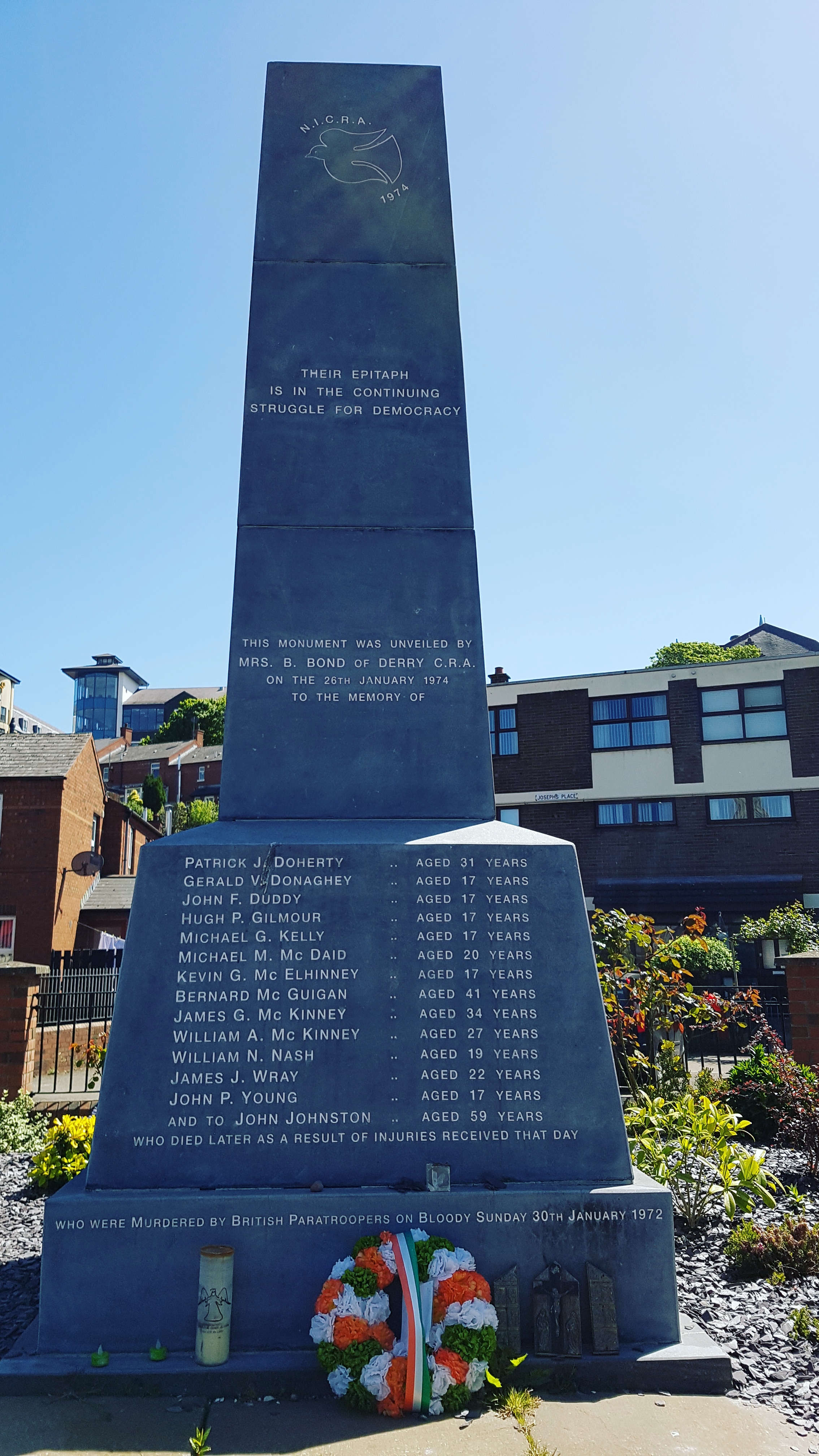 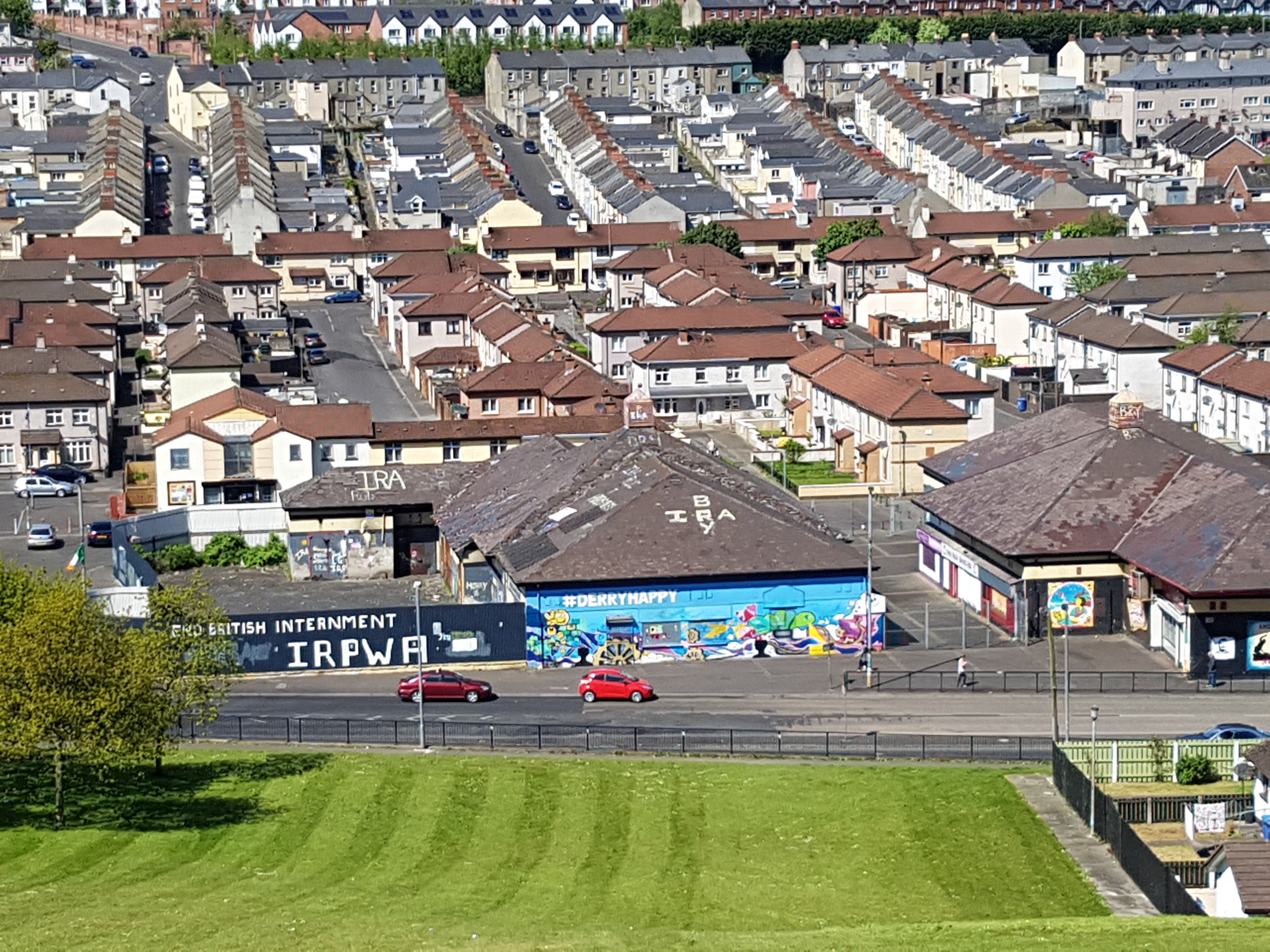 Bogside area in Londonderry/Derry - own picture

Last week’s announcement that the paratroopers might now face prosecution may be a relief to the families of the victims of Bloody Sunday, who might feel justice may - finally - be served. Others might feel less relieved. For instance, the Democratic Unionist Party accused the Public Prosecution Service of a “partisan approach”. It feels it is unfair that many former IRA members, responsible for killing many citizens themselves, have been released after the 1998 Good Friday Agreement while the paratroopers now might face trial.

Whether the Public Prosecution Service will indeed proceed to prosecute these soldiers will probably be announced soon. Regardless of the outcome, it will most definitely lead to a reinvigoration of sensitive political discussions and open up old wounds that have never really been healed. 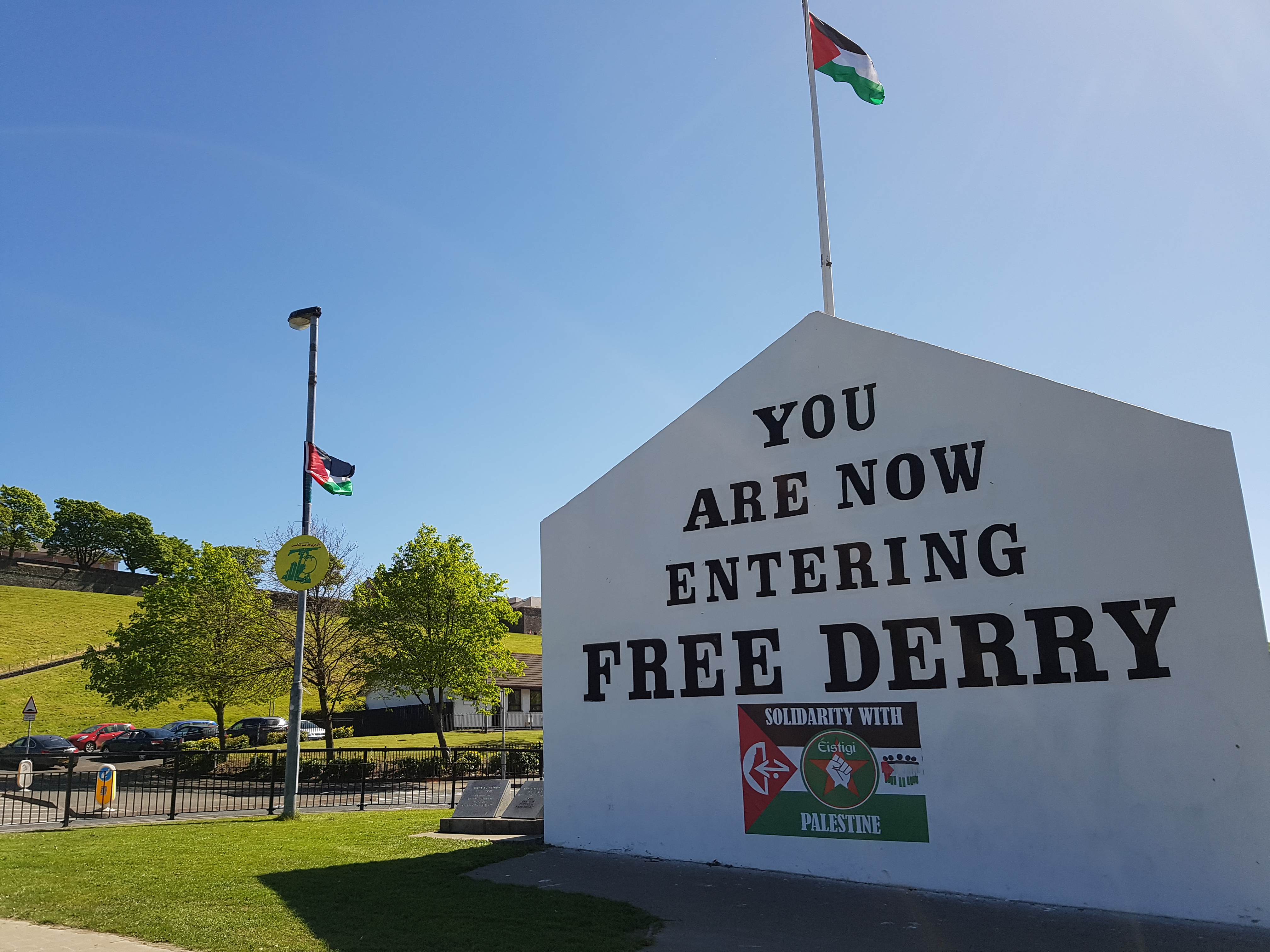 "Free Derry Corner" (see this for more info) - own picture