Who determines the security (research) agenda?

On the 9th and 10th of November 2016 Leiden University's Institute of Security and Global Affairs (ISGA) held its opening conference in The Hague. The theme for the conference was 'Who determines the security (research) agenda?' After welcoming words to all participants and partners by professor Edwin Bakker (director of ISGA) and Ingrid van Engelshoven (deputy mayor of The Hague municipality), a panel of Marco Zannoni (COT – Institute for Safety, Security and Crisis Management), Hetty Burgman (Cordaid) and Bernard Welten (Netherlands' national police force) reflected on the central conference theme.

Marco Zannoni argued that responses to crises are usually neglected. This concerns the impact of a specific crisis on society, in particular on the field of cyber crisis. As an example Zannoni mentioned that crisis intervention teams typically do no contain cyber experts, while cyber crises can seriously influence critical infrastructure like hospitals. One factor there is a lack of government cyber capacity; much resides in the private sector. The private sector could contribute more to the security sector in general. More integration is needed, not only between the public and the private sector, but between the security 'silo' within organizations and other elements within those same organizations. Shared values within the organization as a whole might be helpful here.

Hetty Burgman continued on Zannoni's last remark, but also wondered whose security is focused upon. Having an NGO-background, a bottom-up approach seems applicable, acknowledging that every individual has specific security needs, depending on the context and being influenced by factors such as gender, geography and economy. Here Burgman observed a gap between academics and practitioners, who talk different languages. Deciding upon key research questions is a first step, from where solutions and answers will follow. Important in finding those solutions and answers is to adopt a multidisciplinary approach. When considering security, justice should receive attention as well. As should economy, education, health, migration and many more fields. Again, a security 'silo' should be avoided; interaction between security and other disciplines is necessary for tackling security related issues. 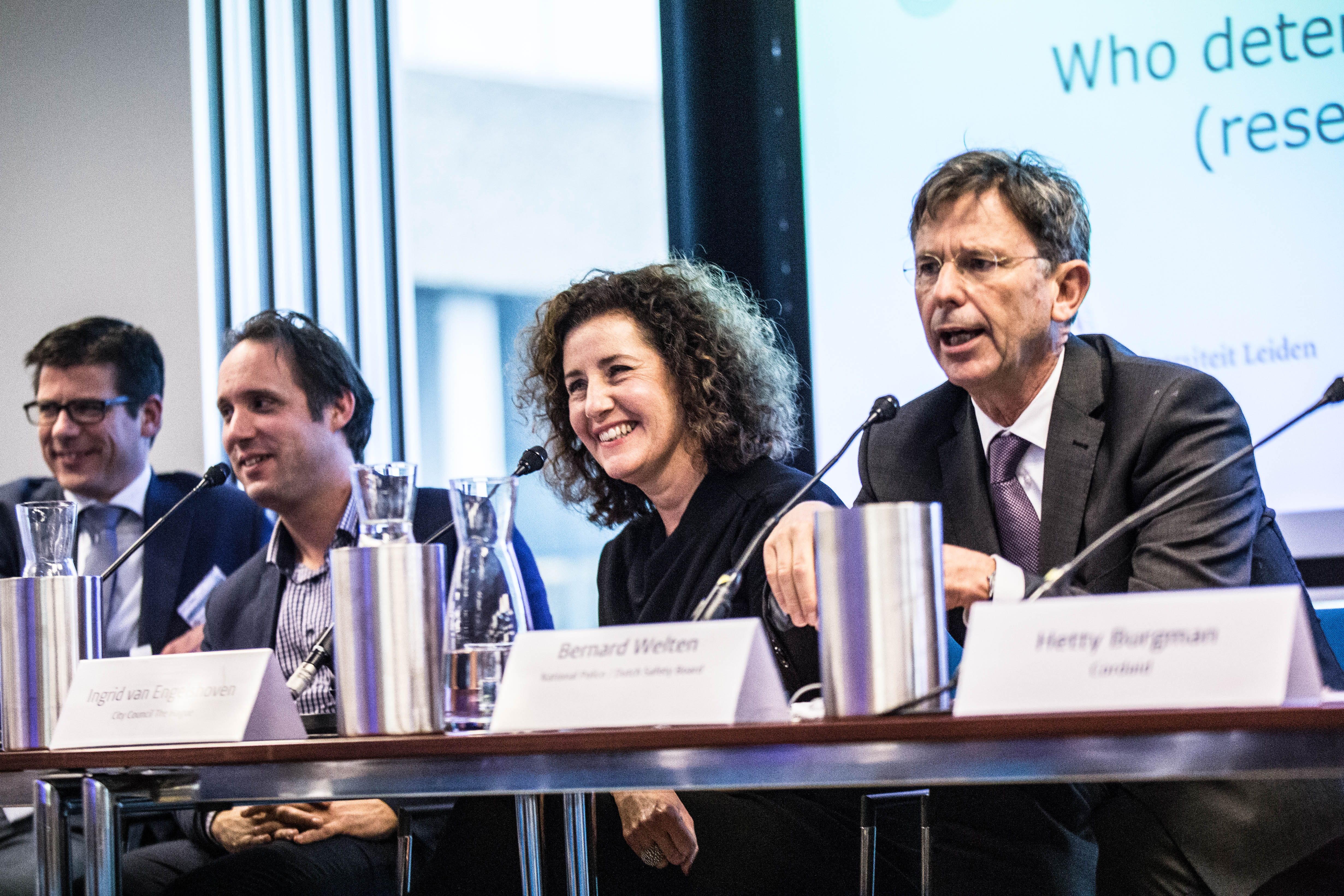 Bernard Welten added that from his expercience, the 'silo's' within organizations usually fight more amongst themselves than they cooperate. He too stressed the need for a multidisciplinary approach on security, also acknowledging an existing gap between public and private sectors due to mistrust. Welten wondered whether issues like fighting crime should still be approached in a traditional fashion. Instead, he suggested to look at other fields, for example medicine. Refering to so-called immune network theory, in which the body itself fights a specific disease, perhaps criminology can identify (more) civil gatekeepers for countering crime. When looking for other methods, one should look at other fields. And take into account new developments, such the so-called 'Internet of things', which connects many aspects of life and can have serious repercussions on issues like air traffic control, watermanagement or finance.

Overall, the panelists agreed on the need for a multidisciplinary approach of security, in which interaction between academics and practitioners takes place on a regular basis. As emphasized by Edwin Bakker, this is where ISGA fits in. ISGA aspires to be a global knowledge hub for security related issues. The ISGA2016 opening conference is a first general step toward that ambition. 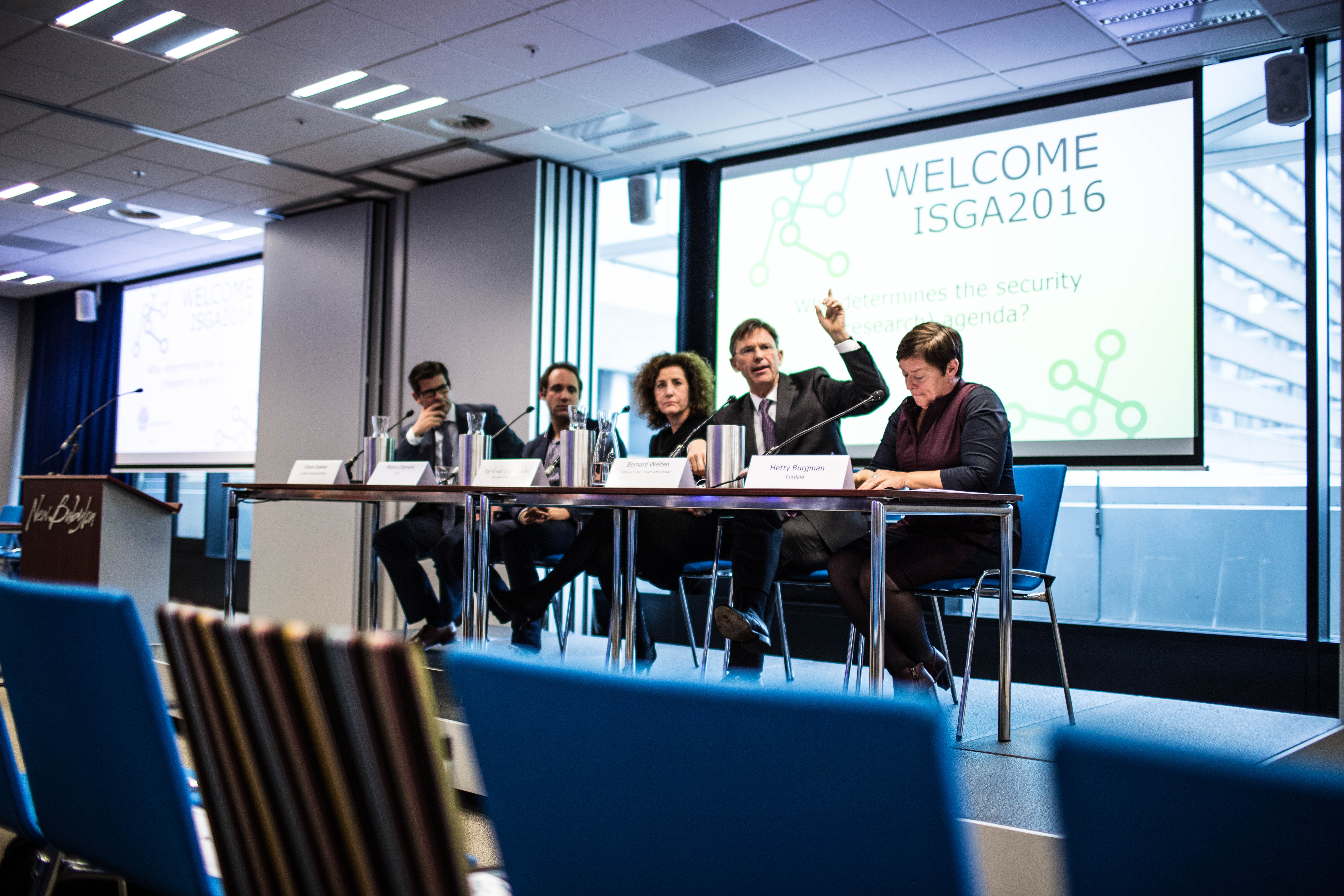